From Protecting POTUS to Safeguarding Schools 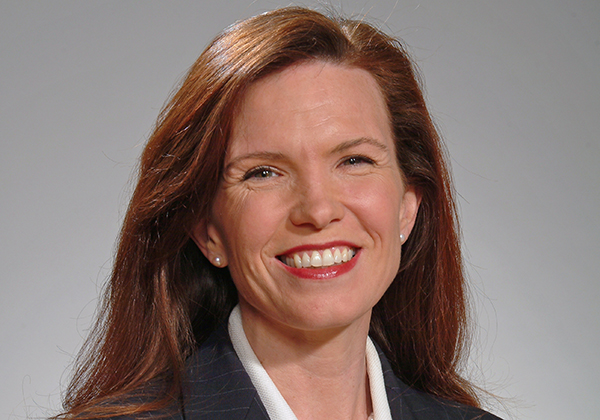 It’s probably safe to say that most psychological scientists don’t imagine their work affecting the safety of the President of the United States. Marisa R. Randazzo, though, has found herself training the US Secret Service to keep the Commander in Chief from danger.

Randazzo, cofounder of the private consulting firm SIGMA Threat Management Associates, spent 10 years as a research psychologist with the Secret Service, the last 2 years of which she served as Chief Research Psychologist and Research Coordinator. One of her biggest tasks in that job was to help agents distinguish between hollow threats and genuine ones.

“We really put it to an empirical test,” she says, “by asking, ‘What do people do and say before [trying] to harm the president? Is there anything that is observable or noticeable?’” 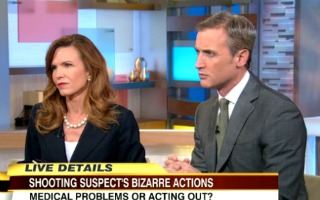 Much of her work involved helping agents look beyond the simplicity of conventional wisdom when assessing dangers. For example, she helped them understand empirical research that suggests that an individual could pose a threat to the president and other officials under Secret Service protection even if that person had no history of violence or mental illness — important information that might help save the lives of both protective detail members and of civilians. If a threatener did have a mental illness, Randazzo and her colleagues suggested that agents go in depth and seek the answers to questions such as: “Are they on their medication; are they in the right care; and how can we connect them to that care?”, rather than making assumptions about those individuals.

Randazzo jump-started her career as a psychological scientist at Williams College, where she took a class on psychology and law and was inspired by her professor, APS Fellow Saul Kassin.

“His passion for the ability of social science research to inform processes like jury decision-making and expert testimony and justice … got me excited about a field in a way I had never been excited about before,” she said. “It got me thinking about, ‘How can I make social science and law work together?’”

Although Randazzo contemplated pursuing a law degree, she opted for a social psychology graduate program at Princeton University. The focus of that program was to foster high-level academics, but Randazzo also was interested in applied research.

“I got into the career I did because I volunteered a lot of my time in unpaid internships, actually learning what that science was like,” she adds. “It didn’t give me any publications; it didn’t help my transcript; and it certainly didn’t help me get my degree earlier.”

Those unpaid internships — including positions at the RAND Corporation, the Federal Judicial Center, and the Secret Service — did, however, afford her an entry path into an applied research position. After working as a research psychologist at the Secret Service following her internship, Randazzo began overseeing all behavioral research conducted by the agency under the auspices of a stand-alone research program, the National Threat Assessment Center, which conducts studies on government-related risks.

Randazzo has not limited her research to protecting VIPs, however — she also codirected a study with the US Department of Education that examined school shootings. The researchers found that shootings both in schools and workplaces are not impulsive acts.

“A student [or employee] doesn’t just snap,” she says. “They give these events thought beforehand; they plan them out beforehand, sometimes several months in advance.” Secondly, “people who are planning acts like that don’t keep their plans a secret … they’ll tell friends and they will put it on social media. So we now have scores of cases where school shootings have been prevented because someone saw something posted on Instagram, Twitter, Snapchat, and said, ‘Hey, this sounds worrisome,’” she explains. 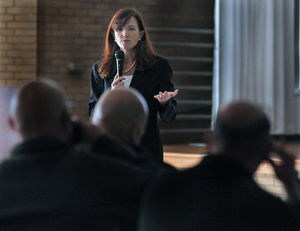 Based on these findings, Randazzo and her colleagues created a model for school threat assessment that is now used in federal guides and in threat assessment procedures in Virginia, the only state that takes such measures beginning in kindergarten and continuing through high school. As with assessing threats to presidents and other high-ranking officials, Randazzo cautions that decision-makers should not be hasty in deciding how to punish students for acting out before they have fully evaluated what their motives and intentions were. She also emphasizes that prevention often involves connecting that person to the right resources to help solve whatever underlying problems are leading them to feel that violence may be the best or only option left.

After the 1999 Columbine High School massacre in Colorado, during which two students murdered 12 classmates and one teacher, many schools adopted a zero-tolerance policy and suspend or even expel students who show troubling signs or behave in ways that might be considered threatening. These types of guidelines “look good on paper but don’t actually make schools safer,” Randazzo says. “If a friend knows about something but they know that telling will get [the troubled student] expelled, they won’t tell. If they have a safe space, they’re more likely to come out. We’ve seen a sea change over the past 10 years or so, in that students now know that they’re able to bring things like that to the school’s attention.”

And increasingly, this information can be traced not only to academics in labs but also to advisors at private enterprises such as SIGMA Threat Management Associates, a consulting practice founded in 2010 that initially focused on college threat assessments. Its mission has since expanded to include consultations for workplaces, government agencies, and high-profile families. According to Randazzo, the employees come from a broad range of backgrounds including K–12 and higher-education settings, workplace-violence-prevention teams, and the military. “One of our team members just retired from NCIS [the Naval Criminal Investigative Service], where she oversaw their threat management operations,” she says. “We have folks who have backgrounds in federal law enforcement, clinical psychology, education, policy, organizational dynamics, and legal expertise.”

When assessing threats of any kind, the power of psychological science cannot be overstated, Randazzo adds.

“What [threat management agencies] are focusing on so much is human behavior, so to have people who are experts and can further study [these phenomena] helps enhance [our] understanding of why things might happen,” she says. “Behavioral and psychological science in that setting is critical, because so much of what we can do as psychological scientists is study why people do what they do.”