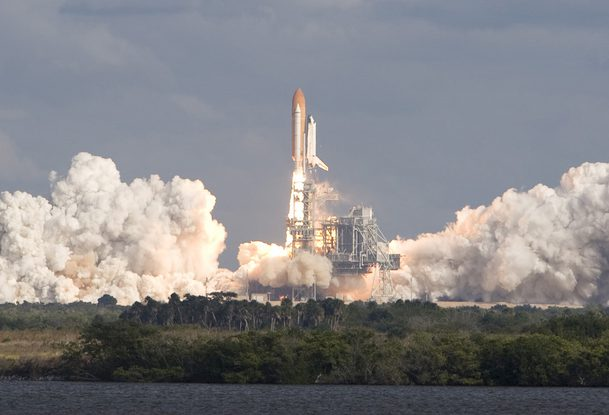 APS Fellow Mary Kaiser’s research domain is literally out of this world. 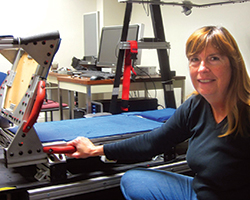 Working at NASA, Kaiser has employed a combination of behavioral science and engineering expertise to study how to make astronauts’ lives easier.

“One of the cool things about working at a place like NASA is you tend to divide time and energy between operationally specific problems and more general foundational knowledge in the field that will have broader implications not just for current systems but for future systems as well,” Kaiser, who retired a year ago, says of her more-than 30-year career at the research institution. “The unique thing about working for a federal research lab [is that you] really are working to develop knowledge for the public good.”

One example of such knowledge involved an applied science problem that was successfully solved by a collaboration of engineers and psychological scientists: As developers at NASA work on the next generation launch plan for the Constellation spacecraft, they have found that a side effect of the launch — resonant vibration — is preventing astronauts from being able to make split-second decisions about whether to abort a mission.

“As a solid fuel rocket burns out its fuel, it creates this resonant vibration. It gets pretty intense, especially as you get to its fifth segment; the rocket’s almost acting like a pipe organ at 12 Hz,” Kaiser explained. This vibration was making it difficult for astronauts to read the control panels that displayed vital information about whether the launch was progressing safely and successfully, and thus, whether they should abort.

“It’s an interesting frequency because that’s right where you top out the human visual system ability to do compensatory eye movements,” Kaiser added. “You’re right at that point where the system’s attempts to compensate would make things worse, so it’s working hard and doing poorly.”

Instead of trying to force the displays to stop vibrating, the team of scientists and engineers came up with a solution that incorporated the module’s current design: They modified the displays so that they would strobe at the same frequency. This allowed the astronauts to continue reading the control panels clearly during this critical time, explained Kaiser. “Right when that rocket stops burning, you have about 15 seconds to make the abort/no-abort decision. The crew needed to stay in the loop so they could make the decision.”

Although such innovative problem solving might not seem intuitive, Kaiser called it “one of those solutions that was obvious in retrospect.” She continued, “The cool thing here was that we were able to go a step further and think about, ‘Knowing what we know about human vision, is there some engineering countermeasure we could come up with so you could even under vibration read the displays?’ That led us to come up with this method in which the displays strobed at the dominant frequency.”

Kaiser explained that her team’s solution could be applied in many situations: “This would have broad applications — helicopters undergo a lot of vibrations when you go to full power, and this would be very inexpensive to implement in any display system.” NASA has patented the idea and licenses it to other companies that wish to use the technology. They also actively seek such partnerships, said Kaiser.

The psychological scientist stressed that there is a learning curve for those who want to cross into nonacademic fields. “When we have young researchers join our staff — and unfortunately we have far too few of them doing that — their main challenge is to come up to speed with what the operational environment is like [and] what the challenges and constraints are,” she said.

The difficulties that arise in a federal work environment can be very different from those in academia, and at times can be frustrating, Kaiser said. For example, NASA sometimes is reluctant to reexamine existing systems if they are not malfunctioning, whereas psychological scientists might be keen to find more efficient methods of operation.

But there is a good reason for this discrepancy: When human lives are involved, the margin for error is much smaller. More than a decade ago, some of Kaiser’s colleagues attempted to design new cockpit displays to replace the outdated ones being used in the Space Shuttle — an important project because pilot astronauts with military backgrounds were used to newer display technologies than those from the era of the Shuttle’s original design.

“It became clear that any change to avionics [displays] would involve mucking with a million lines of code,” Kaiser said. “The human space flight program has a sort of ‘If it ain’t really broke, don’t mess with it’ [outlook]. There is so much opportunity for introducing an error in the system that could have such horrific consequences, that they ultimately decided, ‘Yes, you did some nice studies, you showed that these displays are better, but ultimately the benefits do not outweigh the costs.’”

Financial and political considerations also play a role in the decisions made at NASA. The pipeline can move excruciatingly slowly, Kaiser noted, and even when a project is approved it does not always come to fruition.

“Whenever you go from an academic environment to an operational environment, you’re going to have a lot of false starts,” she added. “Some of the [false] starts can often last a year or two. It can often take that long before decisions are made [or] before it’s decided this is not a viable project.”

This doesn’t mean that psychological scientists in a nonacademic environment should stop striving to find creative solutions to the problems they encounter.

“Your academic training and knowledge is critical,” Kaiser concluded. “Everything from methodological techniques and analysis that you learn to your foundational knowledge about human psychology and performance … once people understand who we are and what we do and why it’s important, we get pretty good respect.”