Research During Feast and Famine 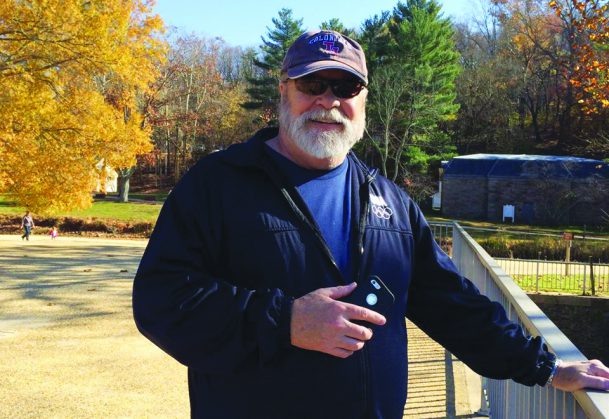 APS Fellow Albert R. Hollenbeck has gotten some unusual — and sometimes unrealistic — requests during his time as a psychological scientist in the nonprofit sector. In his 28 years at the US interest group AARP, Inc., clients would often ask him to search for information in what he calls “the database in the sky” — a nonexistent collection of all the answers to their problems.

“They would come in with a big question that’s unanswerable,” he explained. “They think as researchers we have this big database and we can just pull information from it. You can have very good questions, but how do you get those answers? Because people don’t have the psychology background in most organizations, they ask those questions and get frustrated when you don’t have the answers. For example, they would expect us to know what a variable looks like across all ages and races or ethnicities when the existing research may have been across one or two races and a small age range using limited samples.”

“Our research budget oftentimes was in the millions,” but also could be as little as $5,000–$10,000, explained Hollenbeck, who retired early in 2014 but still volunteers with AARP on projects. “Oftentimes, we were on shoestring budgets, because the clients just didn’t have money. Other times, we were given lots of money, and we could run nice large samples and do some really good work. It was kind of feast or famine. In academia you can do what you want, but you have to go find money to do it.”

For the majority of his time at AARP, Hollenbeck worked as a senior research advisor, primarily conducting internal research, needs assessments, evaluation studies, and large surveys. Among his biggest projects was the National Institutes of Health (NIH)–AARP Diet and Health Study, an observational study on diet and health that has followed over 500,000 AARP members for more than 20 years, examining factors such as how food intake affects the chances of getting cancer. Hollenbeck said his background as a developmental psychologist allowed him to effectively communicate important aspects of the study to his colleagues, most of whom did not have backgrounds in psychological science.

Hollenbeck noted that one surprising finding from the study was the benefit of drinking coffee in reducing premature death (Freedman, Park, Abnet, Hollenbeck, & Sinha, 2012).  He said the AARP has worked to share the findings of this study in its publications and a recent book by John Whyte, New American Diet: Lose Weight, Live Longer.

Hollenbeck also worked as assistant director of the former AARP Andrus Foundation, which gave starter grants in gerontology, during his first 7 years at AARP. (The program has since been absorbed by the AARP Foundation.) While the program was focused on a relatively narrow field and averaged $2 million per year in grants, many of the researchers awarded funding went on to receive NIH grants, said Hollenbeck, adding that he felt his psychology education helped him identify worthwhile funding opportunities.

“My methodological training aided me a lot … because we’d get 200 applications every 6 months, and I evaluated projects from every discipline,” he said. “It gave me a good background to help the Andrus Board reach decisions on those projects.”

However, there are also unique challenges that come with being a psychological scientist outside academia, Hollenbeck said. For one thing, he said he felt the need to bolster his reputation as a researcher because of the misperceptions surrounding the field of psychology.

“Especially in the beginning, I sort of stopped saying I was a psychologist because everybody thinks you’re analytic, even though I was doing research. You almost have to re-establish yourself as a researcher and create credibility within your own organization.” Unlike in academia, he noted, credibility “doesn’t come with the PhD.”

As he began to brief executives about the work he and his team were doing, Hollenbeck found that they came to recognize his strengths as a psychological scientist: “Because of our training and insight into human behavior, we know how to frame questions and raise [pertinent] issues. A lot of other disciplines don’t have that.”

Hollenbeck said one resource that helped him navigate the waters of private enterprise was the Society of Psychologists in Management (SPM), an organization of psychologists who “banded together because in organizations they felt they were isolated.”

SPM’s annual conference, said Hollenbeck, was a source of rejuvenation for him. “I had training from a psychology background, but when I was at AARP there were only two or three [researchers] out of 60 that were from psychology.” SPM’s annual conference “allowed us to get together and talk about issues like, ‘What’s it like to be the only psychologist in an organization?’”

In fact, Hollenbeck recommends that psychological scientists who are embarking on a career in the nonacademic world — or moving from one sector to the other — find a professional organization like SPM. Such organizations, he said, “can just revitalize you year to year … all these issues I’m dealing with, I can talk to people about them. We talk the same language. [Elsewhere], you have to translate your field.”