A Visionary on Vision 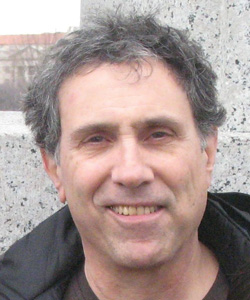 Founder of two vision research, development, and consulting companies, Arditi has spent more than 3 decades studying methods to help people with visual impairments. And like skydivers who don’t know where their parachutes will take them, his research — as he describes it — is inherently unpredictable.

Although he has maintained strong ties to academe, Arditi has worked in the private sector for decades. He joined Lighthouse International, a nonprofit social service agency dedicated to treating and combating vision loss, in 1982. Apart from a break of 2 years spent at the IBM Watson Research Center, Arditi worked at Lighthouse for 28 years, during which he still published a broad variety of papers spanning basic and clinical psychophysics, as well as low vision and blindness.

At Lighthouse, some of Arditi’s work focused on helping those who design for individuals with partial sight or color-perception disabilities create effective and accessible typographic and color choices. His work at IBM, meanwhile, also addressed visual accessibility — “designing things [for] and addressing the issues of the older and the visually impaired user.”

After he left Lighthouse in 2010, Arditi’s research continued in the form of a company he had already founded, the Mars Perceptrix Corporation, as well as a new venture, Visibility Metrics LLC.

“I had developed a contrast sensitivity test; a kind of vision test where instead of the letters getting smaller, they progressively lose contrast and get more faded,” Arditi explained. “It’s a very useful test for identifying certain kinds of function loss and assessing low vision in particular.”

Arditi is hoping his research at Visibility Metrics will generate grant funding as well as consulting revenue. The company recently learned that it has received a Small Business Innovation Grant from the National Eye Institute to develop a spatial orientation tool for the blind, and it plans to apply for additional funding to support Arditi’s research in text legibility and discriminability.

“Low vision and accessibility have been longstanding interests of mine,” Arditi says. “I’m very much keeping active in my career with these new projects.”

But identifying as a psychologist, especially in the nonacademic world, does come with a price.

“There is still the hurdle — I think this has its roots back from the 1950s — that the term ‘psychologist’ is still inevitably associated with clinical psychology,” Arditi says. “To this day I still get questions like, ‘Well, what does what you do have to do with psychology?’