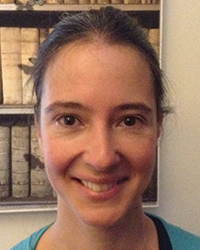 I earned my master’s degree in musicology from the University of Amsterdam, the Netherlands, and my PhD in psychology from Radboud University, the Netherlands, where I was a member of the “Music Mind Machine” research group. I worked with two other PhD students who had backgrounds in psychology and computer science. We combined our expertise to conduct interdisciplinary research. Afterward, I was a postdoctoral researcher in music, psychology, and computer science departments in Europe (and once in the United States) before settling down at the Department of Music at Sheffield. This department has a strong tradition in the psychology of music, which makes it a suitable place to work.

I’m interested in communication and expression in music performance. My aim is to get insight into what musicians do when performing music, and, on the other hand, what their contribution is to the listeners’ experience. I mostly do
behavioral–experimental research, including recording performances under varying conditions (e.g., performing at different tempi or with different expressive intentions), measuring performance aspects (e.g., timing and dynamics), and collecting listeners’ responses to performed music. I also investigate cross-modal correspondences between sound and other modalities and the role they play in perceiving and making sense of performed musical sounds, the perception and expression of emotion through music, and processes responsible for emotion induction.

Currently, my focus is oriented toward communication among performers in ensemble contexts. With collaborators in York, Leeds, and Sheffield, we’re investigating temporal
coordination in sound and visual gestures in vocal ensembles, with special emphasis on barbershop singing. We also will look at social aspects of such coordination, including emerging practice strategies and patterns of communication in rehearsals. At the moment, however, I am on sabbatical for 5 months in Sydney, Australia, where I collaborate with people from the MARCS Institute for Brain, Behavior, and Development (Peter Keller, Manuel Valera, and Jennifer McRitchie) on a project investigating the role of cross-modal information in duo-performer synchronization. We will use transcranial magnetic stimulation to test the role of particular brain areas related to motor simulation and audio-visual binding. We will recruit pianists whose task is to synchronize with a video-recorded pianist. Participants will hear the recorded sounds and see the hand movements of the video-recorded pianist; this will be compared to a condition in which participants will hear the sounds but see an abstract visualization of the hand movements (i.e., a moving dot) rather than the actual hand. The degree of motor simulation and audio–visual integration across conditions will be compared.

Relatively speaking, there is a good proportion of students interested in music psychology within a department of music, particularly in an academically oriented department such as in Sheffield. The master’s programs attract students from across the globe with an interest in the psychology of music, and many of these students are interested in continuing this direction of study through PhD research. In other words, there is no shortage of work. 