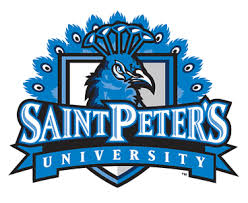 Saint Peter's is a private, coeducational university inspired by its Jesuit, Catholic identity and committed to individual attention and grounding in the liberal arts. The University educates a diverse community of learners in undergraduate, graduate, doctoral, and professional programs to excel intellectually, lead ethically, serve compassionately, and promote justice in the ever-changing urban and global environment. Named to the Money Magazine list of best colleges in the United States for 2015-2016, Saint Peter's was ranked fifth nationwide in the category of "Colleges That Add the Most Value" and in the top 18 percent of all American colleges for educational quality, affordability, and alumni outcomes.